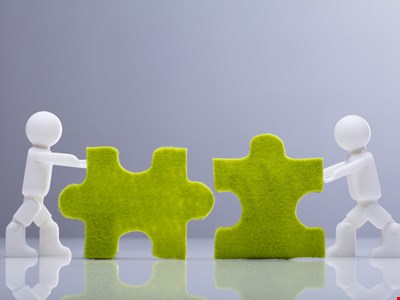 Well-known virtual private network (VPN) provider ExpressVPN is to be acquired by Israeli-British cybersecurity company Kape Technologies in a deal worth almost $1bn.

The acquisition, which will involve $936m in shares and cash, was announced on September 13. Kape Technologies said the deal represents a “key milestone” in the booming arena of digital privacy.

In a statement released Monday, Kape said that it was joining forces with ExpressVPN “to create a premium consumer privacy and security player in the industry.”

Kape said that ExpressVPN will be “joining the Kape family” with a shared vision to transform privacy and security. Under this vision, Kape said it will define a new generation of privacy and security protection tools that will give consumers more control over their own digital safety.

“Controlling one’s digital presence is at the forefront of every tech consumer’s mind now, and Kape is more committed than ever to innovating and delivering the tools internet users need to protect their data and rights,” said Ido Erlichman, chief executive officer of Kape Technologies.

“Kape is now synonymous with taking control of your digital experience.”

The acquisition will unite an international team of 720 employees and broaden Kape’s reach from nearly three million customers to more than six million, Kape said in a statement.

ExpressVPN was founded in 2009 and is based in the British Virgin Islands. Erlichman said Kape had been impressed with the company’s work ethic and inventive approach.

“We’ve admired the ExpressVPN team’s relentless pursuit of excellence and innovation and are excited to welcome them to Kape,” said Kape’s CEO.

“With ExpressVPN to join the Kape family of world-leading privacy and security brands, together we will have the vision, talent, and resources to take the industry to the next level,” he added.

A major chunk (40%) of ExpressVPN’s paying subscribers are based in North America.

Dan Pomerantz, co-founder of ExpressVPN, said: “With access to greater capital and resources as part of Kape, we’re excited to be able to accelerate our product development, deliver even more innovation to our users, and protect them from a wider range of threats.”

More Tribes Given Enhanced Access to US Crime Data