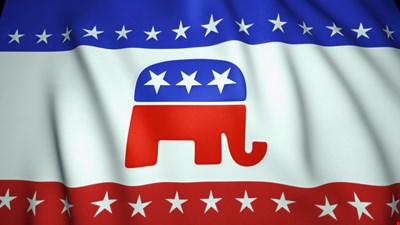 The website of the Texas Republican Party appeared to be hacked over the weekend and remained largely offline on Monday.

Individuals affiliated with the Anonymous movement appear to be the perpetrators. Hackers replaced website pages with images of Pokémon, links were added directing users to the YourAnonNews Twitter account and pop artist Rick Astley’s viral meme hit Never Gonna Give You Up was added.

However, the Texas Republican Party have seemingly regained partial control of the site on Monday. Yet, none of its typical content was accessible, and all URLs redirected users to a splash page, which outlined the attack and requested donations.

The hack was likely influenced by the state’s controversial new abortion ban, prohibiting the practice after six weeks of the pregnancy and effectively halting abortions in some regions of the state altogether.

“We are committed to taking away all the rights of women so we can live our prosperous, Bible-thumping dream,” the Texas GOP’s mission statement was altered to say by the hackers.

The hackers included a warning at the bottom of the website: “Disclaimer: Hackers on Steroids are 10 times more effective at romance than 100% of Republicans. Trans demon hackers are coming to get you. Abortion is a choice.”

Hackers also added a link to Planned Parenthood of Texas.

The state’s new law has seen no lawsuits be filed since coming into effect on September 1. Pro-choice campaigners have been hoping that an emergency plea for relief at the Supreme Court would stop the law going ahead, but the court’s conservative majority declined to do so.

“While the nation paused over the weekend in remembrance of the 20th anniversary of 9/11 the Republican Party of Texas website was hacked,” read the website on Monday. “Pro-abortion activists targeted us because of our strong support for the Heartbeat Act. This attack adds to a growing list of actions by the radical left who tries to silence anyone that disagrees with them.” it added.

“We have been able to secure our website, but make no mistake, threats and attacks like this only strengthen our resolve.”

More Tribes Given Enhanced Access to US Crime Data