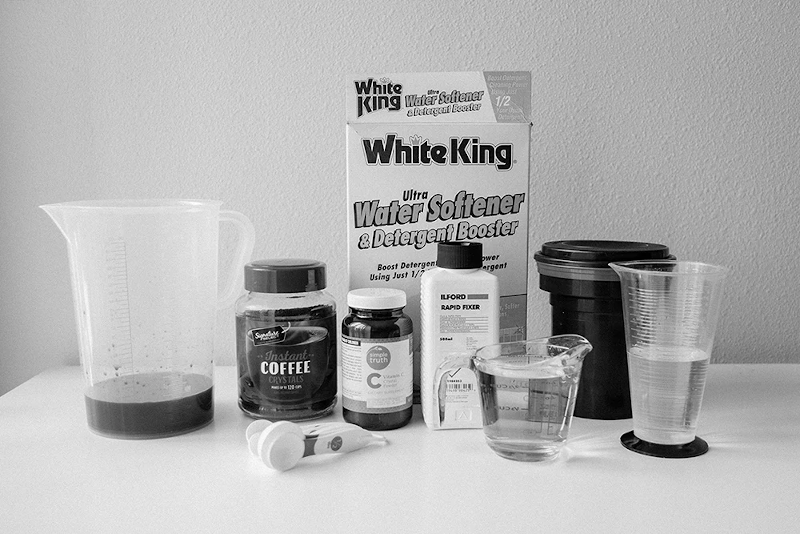 Years ago, doing your own darkroom work was the only way to really control what your pictures looked like. In those days, coffee was what kept you going while you mixed another batch of noxious chemicals in the dark and fumbled to load a tank reel by feel. But did you know that you can process black and white film with coffee? Not just coffee, of course. [Andrew Shepherd] takes us through the process using what is coyly known as Caffenol-C.

Apparently, the process is not original, but if you’ve ever wanted to do some film developing and don’t want exotic and dangerous chemicals, it might be just the ticket. The ingredients are simple: instant coffee, washing soda, water and –optionally — vitamin C powder. If nothing else, all of this is safe to pour down your drain, something you probably aren’t supposed to do with conventional developers that contain things like formaldehyde and methyl chloroform.

Once you start looking, you’ll find that people have also used beer or wine to replace the coffee. Apparently, some recipes work better than others with specific types of film. You still have to stop the developing process, so it looks like the process uses traditional fixer.

In addition to instructions and tips, [Andrews] also shows quite a few photos developed with his coffee solution. Not bad! We don’t really understand the chemistry behind it, but we are sure someone will explain it in the comments.

We actually heard about this process a decade ago. After you have film, of course, you are going to want prints.

Is That The Moon Worming Its Way Into Your BIOS?